Search engine from Apple. When will it appear? How to optimize your site? Applebot Crawler - All in Web CY

Search engine from Apple. When will it appear? How to optimize your site? Applebot Crawler

A competitor to Google may appear on the search engine market.

Will a search engine from Apple appear? What is known about the Applebot search crawler?

What Happened? In the authoritative edition of the Financial Times Published information from sources from Apple. It is reported that Apple is actively developing its own search engine, which should replace Google, which is used by default on the iPhone and iPad.

Fact 1. Western media recorded an increase in the activity of the Apple search crawler.

An example of activity. Server logs. 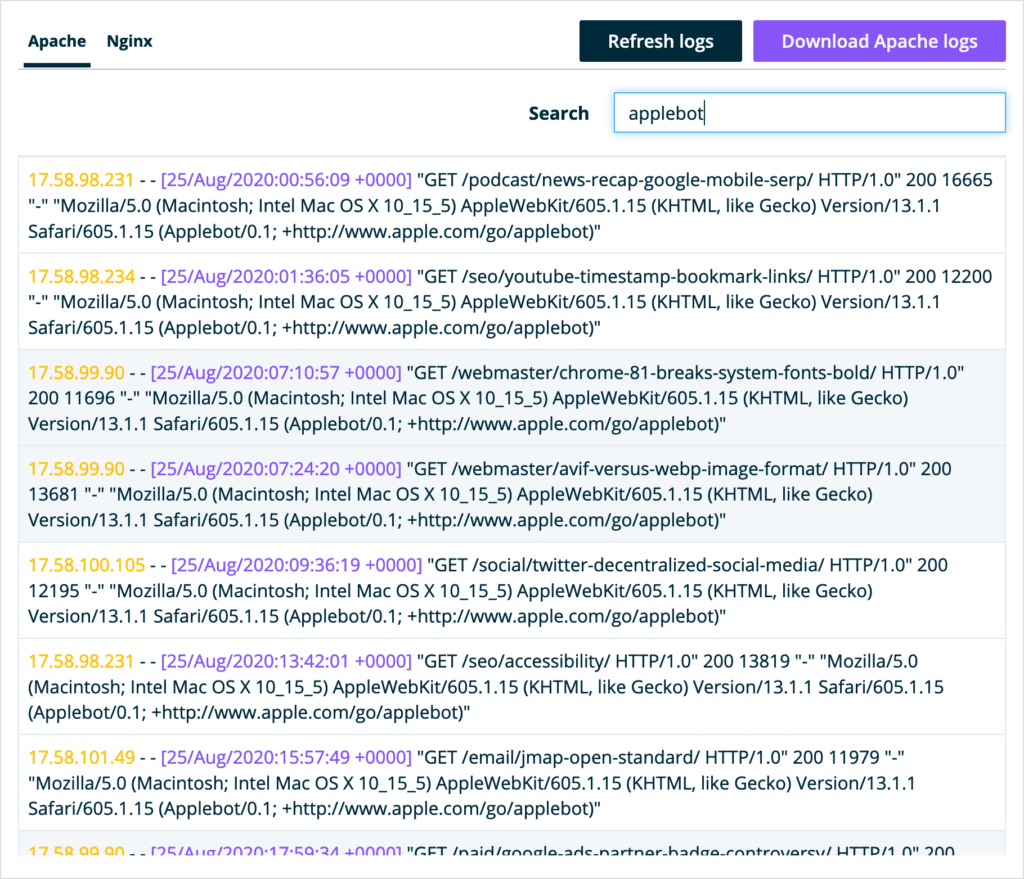 Fact 2. Many different facts indicate work in this direction. For example, Apple is expanding its list of job opportunities for innovative search engine architecture.

Links to the list of vacancies – Jobs at Apple. 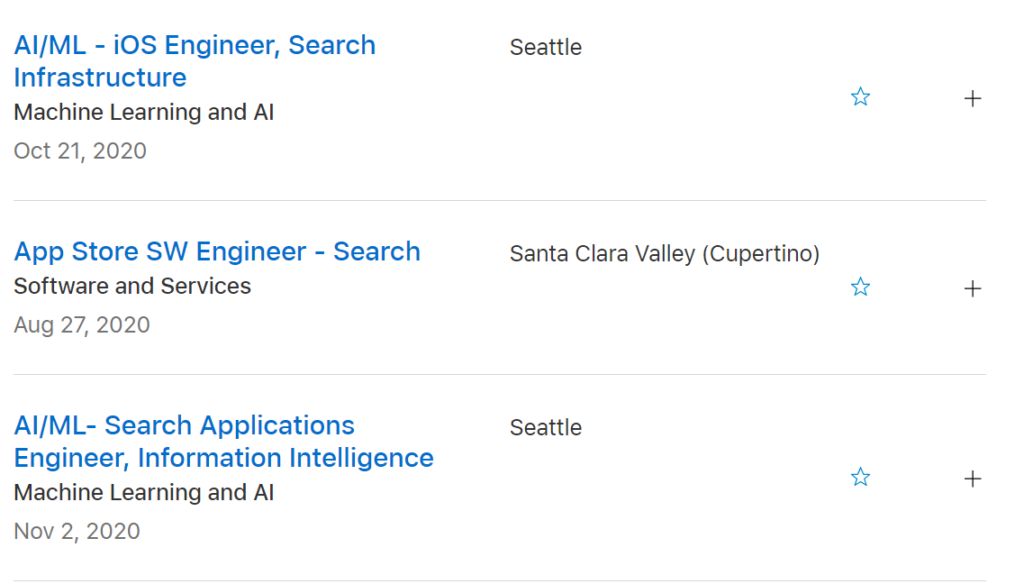 Can Apple Create a Competitor to Google? It takes years to develop a truly competitive search engine. But the company has been working in this area for several years.

It is difficult to create a search, but on the whole market experts reacted optimistically.

According to Bill Coogran of Sequoia Capital, who was previously Google’s vice president of engineering, Apple has skilled employees who can create a new search engine.

Apple’s position is unique as it has an iPhone and an iOS. She controls the default browser

Columbia University Business School professor Dan Wang believes that it will be extremely difficult for Apple to catch up with Google.

The job listings on Apple’s website indicate an intention to speed up the search engine development process.

But what is the reason for the rush? The development was catalyzed by a lawsuit.

What is the essence of the claim? The agency believes that the agreement between Apple and Google to set a default search engine is illegal practice, as it is used to protect Google’s monopoly and suppress competition.

Google has similar deals with other companies. But the importance of the deal with Apple makes the deal the most important.

At the heart of the lawsuit is a deal in which Google pays Apple billions of dollars a year to ensure that the search engine will be used by default on iPhones and otherdevices Apple.

The lawsuit states that Sundar Pichai (Google) Tim Cook (Apple) met in 2018 to discuss how the two companies can increase their search revenue. 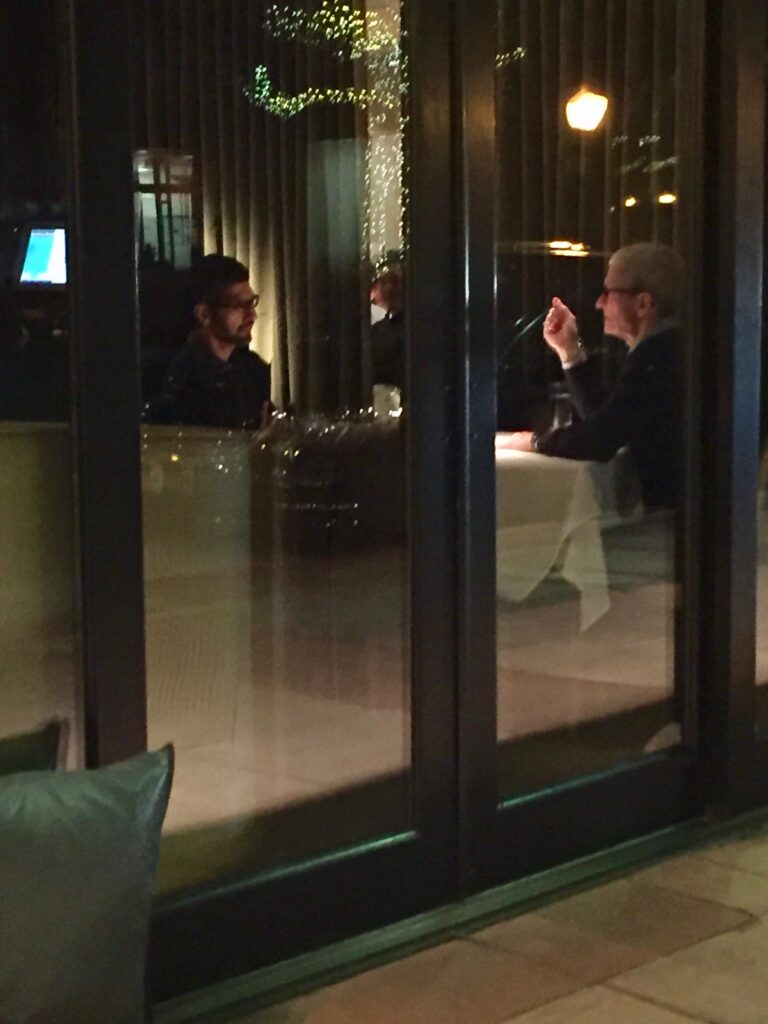 After the meeting from Apple, Google received a letter with the following text:

Our vision is that we work as if we are one company.

What has Google got? Monopoly in the search engine market. According to the Department of Justice, Googlethanks to the deal received 36% of all searches in the states. The lawsuit also alleges that in 2019, almost 50% of Google’s search traffic came from Apple devices.

What did Apple get? Apple receivesfrom Google $ 8-12 billion a year for making Google the default search engine on iPhones and iPads.

The deal with Google generates 15-20% of all Apple’s annual profits. The amount is significant for the company.

The Ministry of Justice is seeking the elimination of such a monopoly. The agency believes that the monopoly prevents other projects from growing. Argumentation:

Google pays Apple billions to be the default search provider, in part, because Google knows the agreement increases the company’s valuable scale; this simultaneously denies that scale to rivals.

We could lose the next wave of innovation. Americans may never get to see the next Google.

Google recognizes the fact of such a deal:

If the trial is lost, then all search engines will be on an equal footing. Result:

As a result, Apple has stepped up its search engine development.

What’s with the search engine in practice now? The first version of the search has already been developed.

In one of the latest iOS 14 updates, the search engine can already perform the most popular searches without using Google.

Search is integrated into Spotlight on iPad OS and iOS. Opens like this: 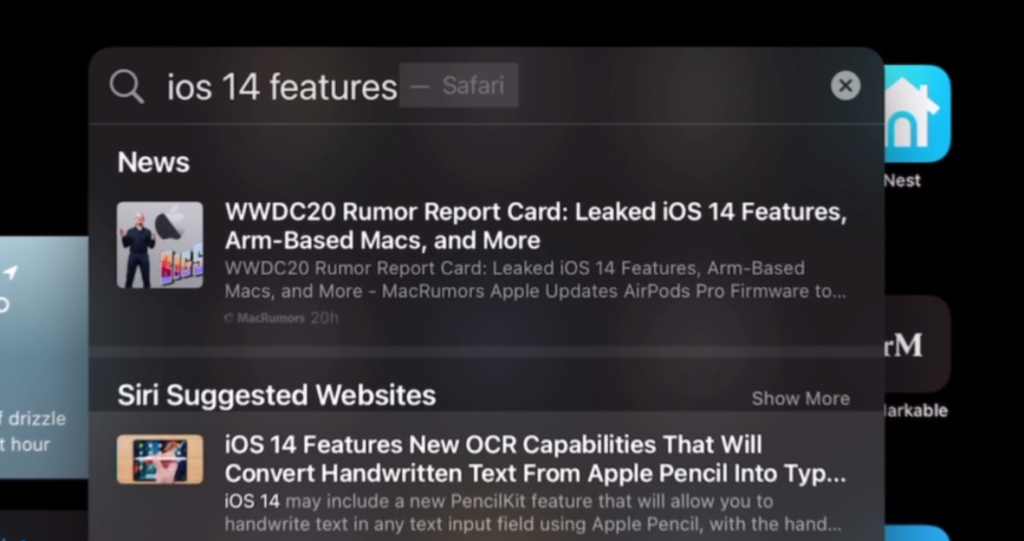 It does not work for all requests, not for all countries.

The goal is to create a search that will replace Google on the iPhone and iPad. Benefits of a search engine for Apple:

Apple is a company that has the ability to scan sites on a global scale. Most alternative search engines, including DuckDuckGo and Neeva, use Microsoft’s search engine index Bing.

The site crawling is performed by the Applebot.

The collected data is analyzed for ranking purposes in Siri and SuggestionsSpotlight Suggestions.

How to recognize the visit of a search crawler on the site? The user-agent line must contain theinscription Applebot.

What is known about the crawler? Applebot supports standard robots.txt directives. For example, the directive to deny access to private:

After scanning, the data is transferred to the ranking system. What factors influence ranking? Let’s deal with the issue further.

Search Engine The emergence of the search engine requires some work on page optimization.

It is good that in a global sense, no special changes are expected.

In the documentation for the crawler, Apple openly declares the following ranking signal:

External links are included in the list of key ranking factors.

How to evaluate the characteristics of a design? Applebot can render site content in a browser. If javascript, CSS, and other resources are blocked using a robots.txt file, the content may be garbled. This statement applies to XHR, JS and CSS resources that may be required on the page.

For Applebot to index the page in the best possible way, make sure everything the browser needs to render the page is also available to the crawler.

Google has monopolized the market by paying a large sum. A lawsuit was filed from the department.

In order not to lose the market, Apple has stepped up the development of its own search engine. The search would allow the company to carry out disintermediation, leaving only its own system.

As of now, a number of search queries from Spotlight lead directly to sites. The fact indicates that the entry-level search engine has already been developed.

Ranking algorithms are based on the analysis of external links, behavioral factors.

It’s unclear what kind of interface Apple’s search engine will have. Will the search work only through Spotlight on iOS and OS X devices, or will there be a full-fledged site like siri.com.

At the moment, everything is based on observations and assumptions.

The search engine would allow advertisers to access premium audiences. The company has a good chance to take some of its advertising budgets.

Initially, audience loyalty to the brand helped in gathering the information needed to ensure quality searches. 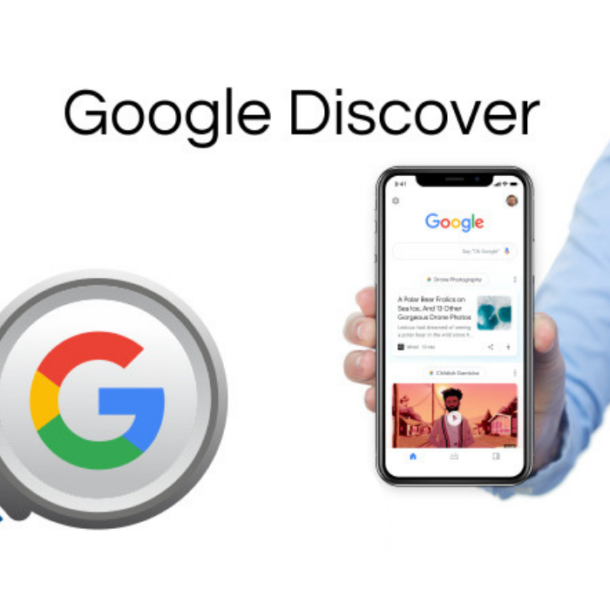 How to get over 1 million impressions on Google Discover using microdata?
Next Article